Forgot your password?
Home Kellys Blog Vegemite or Marmite - Which is the mightiest spread?

Vegemite or Marmite - Which is the mightiest spread? 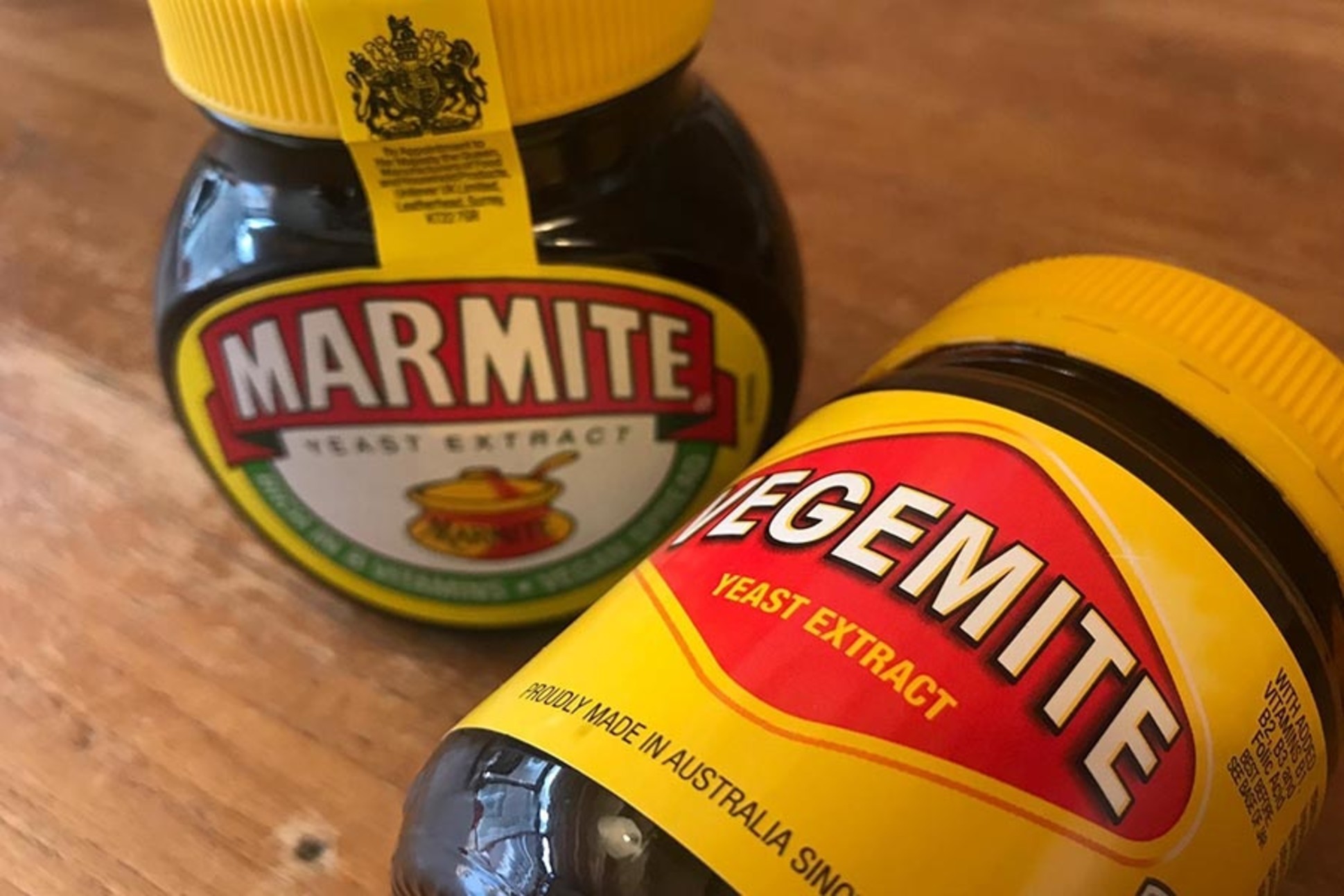 When I say Australia - what do you think? The white sandy beaches, the Great Barrier Reef… maybe the terrifying spiders? Perhaps some of you reading this will be thinking one thing and one thing only: VEGEMITE.

That’s right. Malty, salty, spreadable vegetable extract and a staple of any Australian household. It’s well loved, well-known and something before writing this article, I had never tried before. Many told me that, as with Marmite, I would either love it or hate it.

So, as some of you may be here to debate whether or not to buy it – I’ve done the research for you. Others may just be here to read about their favourite spread (for which I appreciate your dedication and suggest you come to Kellys and stock up!).

Looking back over the history of Vegemite and its creator Fred Walker, one can only admire his dedication. With marketing failing to create the buzz around Vegemite that Fred expected, he changed the name (then changed it back) and tried to compete against Britain’s well-known Marmite. After years of advertising, rebranding, competitions and even a hit song – Vegemite fought its way to be the number one choice for Australians everywhere.

Used as a spread on sandwiches, crackers or in more complicated recipes (check their official website, because Vegemite brownies are a thing!), it’s a nutritious spread, rich in B vitamins. Once opened, it’s easily stored in your cupboards until its best before date, if you have any left before then!

But wait! What about Marmite? Another household name and equally loved (and hated) across the world.

In the late 19th century German scientist Justus von Liebig found out that the concentrated residu of brewer's yeast was perfectly edible. The British got hold of this information and in 1902 The Marmite Food Extract Company was formed in England.

In the early 1900s Marmite was being sold in earthenware pots, which explains the brown terra-cotta like pot on the front packaging label. In the 1920s they decided glass jars would be a more convenient and less fragile packaging. 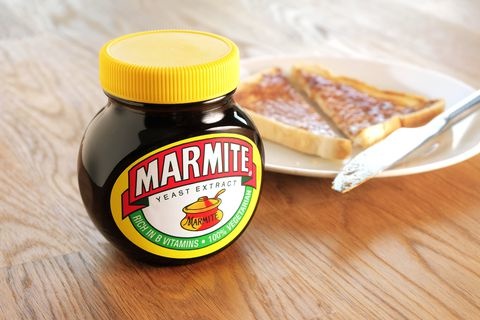 Vegemite vs. Marmite - The Differences

To some – they’re very similar. To others? They’re as different as chalk and cheese. The catchy mite-like names and bright yellow lids can be confusing! Very simply put – the main difference is that one is British and the other is Australian. But there's definitely more to it!

The biggest difference regarding the ingredients are the grains used where the yeast has been extracted from. Marmite uses wheat, barley, oat and rye yeast extract, where as Vegemite only uses wheat and barley. Marmite also uses

Because of a slight difference in the 'per portion' size we took the 100g to make a better comparison.

Marmite contains vitamin B12, Vegemite doesn't. The Vitamin B3 values are higher in Marmite, but Vegemite contains a bit more B1, B2 and Folic Acid.

All other differences are very minor if you calculate it back to a portion size of about 5 grams.

The Look and Taste 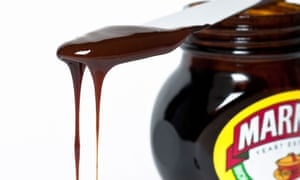 But most important of course; the flavour. Both products have an unique taste and the differences are minor. Marmite tends to have a little bit more of a salty and bitter flavour to it. I guess Vegemite might be a bit easier to get used to as it's a little bit more subtle. The fact that Marmite uses yeast extract from Rye could be the reason it tastes a little bit more bitter, but what do I know!?

Marmite and a lack of Vitamin B12

Marmite is one of those products, in contains 2ug of vitamin B12 per 8g portion, which is 80% of your recommended daily allowance on 1 slice of toast.

Besides this Marmite has been enriched with a number of other vitamin B's being: Thiamin B1, Riboflavin B2, Niacin B3, Folic Acid B9 and Vitamin B12.

Marmite contains between 43% and 99% of your recommended daily allowance of all these b-vitamins.

Be aware that Vegemite doesn't contain any vitamin B12.

Vegemite and Marmite are both unique tasting products that share a lot of similarities in ingredients and nutrional value.

Vegemite tends to be a lot darker, but does that really matter if you're not using it in Haut Cuisine cooking? (good luck when trying that!)

If it's purely flavour you're looking for, I advise choosing Vegemite. It's a bit of a richer and more subtle taste than Marmite that might be easier to get used to.

If the vitamin contents are meaningfull to you, and specifically vitamin B12, definitely go for Marmite as Vegemite doesn't contain any vitamin B12. Marmite gives you 80% of your recommended daily allowance on 1 slice of toast.

So, whether you grew up with one, have never tried the other, are looking to up your vitamin B12 intake or you are a complete Marmite/Vegemite newbie – buy yourself a jar today!

Love it or hate it – we’d love to know your favourite!

v
Veronica
I have an Australian version of Vegemite.
Made in Australia.
It has Vitamin B12 written on the label.
10ug in 100gms!
It also has Vitamin B6: 8mg in 100gms.
i
Imogen
Thanks for the compliment Shelly, and glad you're one of the Vegemite lovers!
s
Shelly The Aussie
Cracking article - I love Vegemite! Spread thin on toast with butter, yum yum

It’s November. It’s colder now. It’s darker earlier. And some days, when it’s pouring with rain, the holidays couldn’t feel further away. So, have you finished your Christmas shopping? With ...

It's the season of spookiness, goblins, ghouls and most importantly - sweeties! (And pumpkins of course!) Whether you're staying in to watch scary movies or trick or treating, we've got your candy cov...

Mr Kipling's Exceedingly Good Cakes! French Fancies or Lemon Slices? Apple Pies or Cherry Bakewells? This blog lets you know which is the best of the best and what to try next! ...

Yes we are open!! all stocked and ready to go.

Amsterdam store is under own Kelly's management again! We are fully stocked. Open 7 days a week. We are looking forward to seeing you in our store.